On Musicalnews.com an interview with Marygold by Beatrice Bonato in Italian. 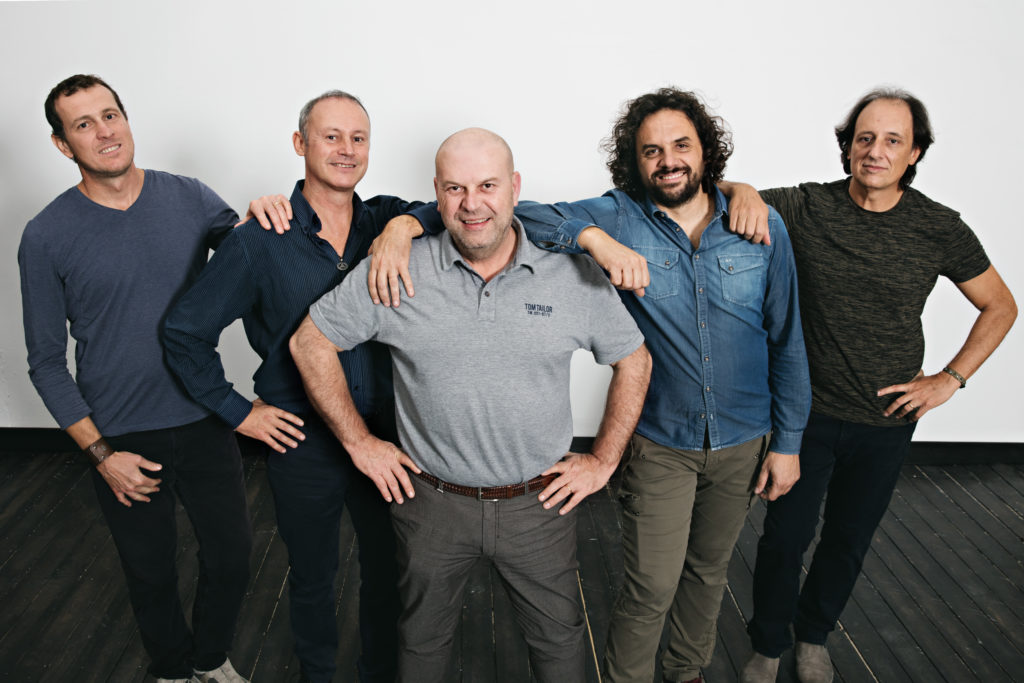 Your story is one that began many years ago. The debut album came out twelve years ago and the new one only last year. How can it last so long?

(Massimo) It resists thanks to the cohesion between people who met to make music, but who have developed a solid friendship in parallel. This makes us live our passion without particular anxieties or tensions, with the desire to continue to be there even just to tell ourselves how it goes. And then there’s the music… We are all convinced of the goodness of our ideas since their primordial state of drafts. It is true that for a thousand reasons we have long times, but the process that leads these drafts to the final dress once started is unstoppable; we all glimpse their potential and their maturation is an experience that often makes history in itself and surprises you for how it evolves. And you want to live this experience, to see at the end of the path what they can never become. This is the most powerful glue to stay together.

Your music is a melodic prog rock, which calls to mind Genesis and Marillion, but also solutions closer to us, I think of certain things more accessible than Steven Wilson. However there is your footprint. Do you recognize yourself in this description? What would you like to add?

(Massimo) We absolutely recognize each other and the fact that we notice our imprint is the best compliment you could do. It is clear that roots play an important role in composition, so it is normal to be matched (with respect speaking) to some classic group of the past. But this is a musical genre that evolves over time and the reference to Steven Wilson shows that we should not remain anchored in the classical tradition, but try to modernize the concept of progressive. In this it helps us not to be slaves of vintage sounds of the past, but to use modern instruments and technologies, putting them at the service of our music.

I was struck by the attention to detail, inside “One Light Year”. There is a research in the instrumental joints really remarkable. How pieces are made and when you consider them finished?

(Stefano) I am very happy that you ask me this question, because what you say, the attention to detail and research in the instrumental joints, are the result of a teamwork that has lasted for many years, to the point of representing the essence of our compositional style. The songs on the album were all born during the long nights spent in our rehearsal room over the last ten years. Our compositional approach involves the use of improvisation around a musical theme proposed by any member of the group. Normally we record each test and then listen calmly again to put everything back together again. In this way the composition time, thanks to the fact that we are not professional musicians, is very long, but this is our way of approaching music. All together, as a whole, with enormous critical sense, maniacal attention to detail and a strong sense of group. When do we consider our tracks finished? Nice question! I would instinctively never answer you because we are tireless perfectionists.

To help our readers, what do the lyrics of your songs tell you?

(Stefano) Since the lyrics of different authors there was not the same approach in the composition: some texts were born before the music (Lord of Time), others contextually to the composition (Ants in the Sand, Pain, Spherax H2O), others after the music (15 Years). The themes the lyrics talk about have a fantastic imprint with a strong link to the themes of nature, as well as in the first album. Some of the most romantic passages speak of love, melancholy and the generational transition. We are not brought for engaged themes or political denunciation, rather we prefer introspective topics developed through the cliché of the fairy tale or the fantastic tale.

Briefly the themes dealt with in the individual tracks:

Ants in the Sand (Basaglia): tells the story of the moment of the wedding flight inside an anthill in the sand and how the event so long awaited is unexpectedly ruined by the devastating force of the waves of the sea. Ants are a metaphor for humanity. Many small ants intent on performing their dreams and interests at the mercy of nature. The inspiration came from the earthquake in L’Aquila.
Fifteen Years (Adami): It’s a flashback. It tells the story of a father waiting for a 15-year-old son who left with a girl and remembers when he himself lived the same experience.
Spherax H2O (Cavalleri): tells the story of a man who meets a small alien who fell to earth because of a failure that hit his spaceship and helps him return to his planet made only of water. The sages of the planet, out of gratitude, give to man a spaceship made of water, too, with which he manages to water his land, which has always been arid, making it prosperous and luxuriant. The story revolves around the themes of friendship, trust, courage and acceptance of diversity.
Travel Notes on Bretagne (Adami): these are memories of a love lived on the melancholy and cold coasts of Brittany.
Pain (Pomari): tells the story of a demon called Pain who enjoys persecuting human beings with his jokes and who at the end of his life, through punishment, is transformed into a man who will suffer from illness.
Lord of Time (Pomari, Cavalleri): this is a fantastic piece that tells the story of the Lord of Time who, with his capricious power, is able to govern the destiny of the world and humanity for better or for worse.

More than your influences I’m interested in knowing if you listen to others besides progressive rock and what?

(Massimo) Personally I have always appreciated classical music and it is not by chance that progressive music is, in practice, its transposition into rock and opera music, with which I have had to deal for work as a teenager. Also remaining in rock music there are strands and artists who have written indelible pages and that are not combinable with progressive rock; for my personal taste I can cite for example Joe Jackson who comes from punk and has gradually evolved towards a more intimate and refined music and David Byrne who, with Talking Heads first and then as a soloist, has gone through decades producing brilliant music. But it is not necessarily necessary to go into the past, there are artists who deserve to be heard even today … maybe it takes a little patience to find them. I think that in general we should appreciate quality music that is not at the service of this or that trend of the moment, or clearly commercial operation.

In times like these, where successful music lives on the flames of characters often questionable to then disappear, you play your own music because….?

(Stefano) For passion, mainly! That passion that has led us to never give up. This has allowed us, over the last twelve years, to continue our project with dedication and tenacity despite the difficulties linked to extra musical commitments. For fun, in second place. Because for us being able to play our music, compose, enjoy something of our own is really satisfying. And last but not least, out of friendship. Because after 25 years of evenings spent composing in the rehearsal room, what binds the components, past and present, of the Marygold is a deep friendship that most likely, if you listen well to our songs, you can perceive in those natural and constant interweaving between the melodies and patterns of different instruments.